Meet the Winners of the 2022 Arab Architects Awards

The Association of Arab Architects has announced the winners of the 2022 Arab Architects Awards. This year’s winning architectural projects highlight the importance of inclusive design, taking into account sustainability and designing with a sensible response to the local communities and landscapes they inhibit. The two-day ceremony was held in Amman, Jordan on November 16-17, 2022, and gathered hundreds of regional architects, urban planners, engineers, and designers of all demographics to explore and engage in discussions about architecture and the future of the built environment in the Arab region. 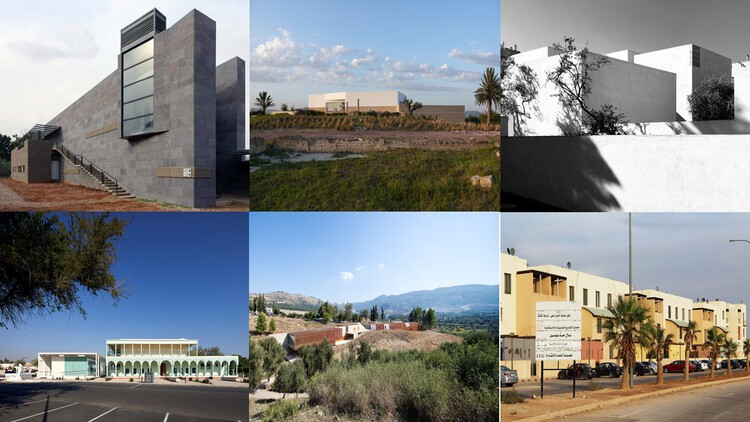 The jury shortlisted 17 projects across 6 categories: Private Housing; Large-scale Housing Projects; Public Buildings; Educational Facilities, Cultural, Museums, and Art Facilities; Hotels and Resorts, Tourism and Entertainment, Office buildings/Commercial, and Adaptive Reuse, which have been built during the past ten years in Arabian countries. During the ceremony, which was held under the supervision of the Association of Arab Architects in collaboration with the Jordanian Engineers Association, each shortlisted architect presented his/her project to discuss its concept and the value it brings to to its respective function, site, and community.

Read on to discover the winners of the 2022 Arab Architects Awards and their descriptions, as well as the 17 shortlisted projects.

Located in al-Mashhad, one of the remaining Palestinian villages after the establishment of Israel in 1948, the House with the Twelve Olive Trees sits on an agricultural area known for its olive trees. Since only a few of these trees survived the demographic and urban expansions of the area, the project was built around them, preserving all twelve olive trees through the creation of a sustained relationship between the void and the cubic blocks, as well as between the exterior and interior through voids of different shapes, sizes, heights, and borders, inspired the tectonic idea of the massiveness of Palestinian stone houses.

Located in Zarqa, the Princess Salma Housing Estate Phase 3 introduces a new typology for medium-density housing in Jordan that fosters a sense of community and reflection of local tradition. The project features 170 dwellings organized as double terraces around a communal space, arranged in contrast to the local condensed urban fabric. Units range from one to four bedrooms, each having a private outdoor space. Inspired by the military barracks formerly found on site, the concrete structures are wrapped with local stone, and the roofs are made with curved precast concrete. The project was nominated for the 2019 Aga Khan Award for Architecture and is currently being used by members of the Jordanian Armed Forces and their families.

Olive cultivation plays an essential role in the social and economic life of Tunisia, representing around 15% of the total value of final agricultural production. The Segermès oil mill, located in Zaghouan, is an attempt to rehabilitate the territory by infusing new productive energy. The project serves a fully integrated project that includes all the stages of high-quality olive oil production. The site highlights a dialogue between a water reservoir and a basilica from the Byzantine period through the ground floor, which opens onto the landscape and overlooks the old basilica through a forum for public gatherings and contemplation. The project sits on the highest point of the domain, where an irrigation basin was built in the 1980s, and is built with hollow brick (double partitions) with thermal insulation in natural rock wool, natural stone extracted from the site, and solid handcrafted terracotta bricks.

Built on an ancient Roman colonial town, the most visited archaeological site in Morocco, this visitor center is designed to enhance the historical and symbolic significance of this UNESCO World Heritage site. In order to highlight the dramatic visual impact of the antique ruins upon entry to the site, the volume of the museum is embedded into the hillside. The project is constructed as a narrow intervention on the perimeters of the territory, spanning eight meters wide and two hundred meters long. The building consists of a series of wooden volumes along an extended retaining wall, simultaneously buried and suspended from the landscape.

The Jordanian Royal Society For The Conservation of Nature wanted to provide the residents of Al Shaumari with a high-end center that would introduce visitors to the importance of nature reserves, and serve as a wildlife haven for many special animals of the region. Upon entering the project, the Visitor Center offers interpretation panels that narrate the story of Shaumari and its various animals and wildlife related activities. The Visitor Center also engages the local community with the project through large picnic areas around the Center. The architecture firm wanted to design a structure that is local yet innovative in its approach to the Site, buildings materials, environmental sustainability, and interpretation and presentation of the Wildlife Reserve to the general public.

The Sheikh Mohamed Bin Khalifa House Project (SMBKH) is a cultural restoration project to preserve and rehabilitate a major building in the context of the UAE’s recent history. Located at the gates of Al Ain city near a falaj, the structure is the first visible house for people accessing Al Ain from Abu Dhabi, and sits as a link between traditional pre-oil settlements (near the water sources) and the modern era. The building is composed of two blocks: the Majlis Building for receiving guests and the other for the family life, a central courtyard, and a “manama” in the middle of the courtyard which was used by Sheikh Mohamed and his sons to sleep outside during the summer.

Hotels and Resorts, Tourism and Entertainment