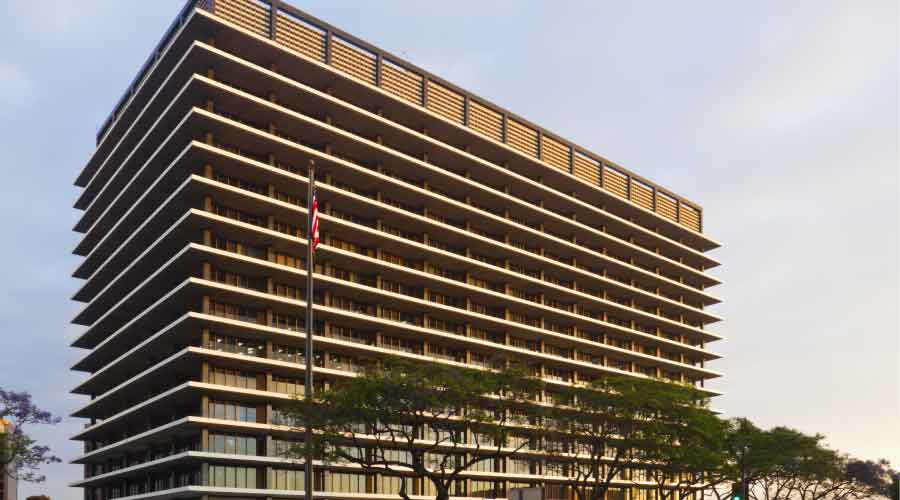 The John Ferraro Building opened in 1965. After water- and energy-efficiency upgrades, it achieved LEED Certified rating in 2015 and LEED Gold a year later.

OTHER PARTS OF THIS ARTICLEPt. 1: This Page

The aging stock of institutional and commercial facilities nationwide presents maintenance and engineering managers with a host of complex challenges every day. Equipment fails, building materials leak or break, and organizations continue devoting most financial resources to their core businesses, not to building maintenance and upgrades. The situation often leaves managers and their departments dealing with inefficient and unreliable facilities that require sizable investments.

Maria Sison-Roces, manager of corporate sustainability programs with the Los Angeles Department of Water and Power (LADWP), understands the challenges all too well.

“Retrofits can be costly up-front projects,” Sison-Roces says. “But when performed correctly and monitored regularly, you can quickly recoup your investment through savings on your water and energy bills while making the building more efficient, saving precious resources and improving employee comfort.”

In the case of her department, one high-profile example of a successful commitment to a building upgrade involved the 57-year-old John Ferraro Building.

“This historic, iconic, mid-century building was constructed in 1965 with techniques considered cutting edge at the time,” she says. “Over the years, there have been several improvements in technology, energy efficiency and water conservation. These upgrades and sustainability features are being taken into consideration as part of a multi-year modernization effort.”

The John Ferraro Building (JFB) is a 17-story high-rise building with an area of 890,000 square feet and a height of 210 feet. The building opened in 1965, and before the COVID-19 pandemic, it housed 3,500 employees and 600 visitors daily. As with facilities in the rest of California and the West Coast in general, the building has been affected by frequent and severe water shortages.

“Due to extended drought conditions, the mayor of the city of Los Angeles called for a citywide 10 percent decrease in water consumption in June 2007, and the city council adopted the Emergency Water Conservation Plan Ordinance in August 2008,” Sison-Roces says. “This led to LADWP developing and implementing the water fixture retrofit program for JFB.”

In August 2008, LADWP established an internal water plan committee to kick off an 18-month program to retrofit all LADWP facilities with water-saving and high-efficiency plumbing fixtures, including the John Ferraro Building.

“A high-efficiency plumbing fixtures retrofit was completed at JFB from 2009 through 2010, including all restroom and related domestic fixtures,” she says. “The goal was to obtain at least 10 percent water savings based on high-efficiency products available at that time.

“As a result of the directive from the office of the mayor of Los Angeles to reduce water consumption, the environmental engineering group in LADWP spearheaded the first water conservation ordinance in collaboration with LADWP power construction and maintenance (PCM). The guidelines, hydraulic calculations, fixture selection criteria, and other relevant issues were submitted to PCM.”

Due to the complexity and scope of the upgrades of plumbing and water distribution systems, several groups within the department worked together to plan and carry out the projects.

“This was a joint project,” Sison-Roces says. “The efficiency solutions engineering group collaborated with integrated support services in investigating and determining the appropriate products for the project. The team evaluated codes and standards, testing and listing agencies information, economic feasibility, water conservation benefits, and operations and maintenance considerations in making their decision.

“All fixture selection, products, and comparability of fixtures in terms of hydraulic calculations were done with the environmental group and given to integrated support services. Certain fixtures were first piloted and then implemented on other facilities.”

“The high-efficiency water fixture upgrades were performed entirely by LADWP employees — engineers, plumbers, construction and maintenance, and others,” Sison-Roces says. “LADWP not only spearheaded the ordinance for upgrading all the fixtures in LADWP facilities and for the city of Los Angeles but also extended its role to other green documents in the state of California, as well as to other states.”

The plumbing and water system upgrades in the John Ferraro Building involved the installation of a range of water-saving products:

The push for water conservation in the region took center stage again about a decade later. In response to extended drought conditions in 2014-2016, LADWP’s landscaping operations installed California Friendly Demonstration Gardens at JFB. The gardens are open to the public and feature plant-identifying markers with QR codes to explain more about the plants and encourage the public to install water-saving gardens of their own.

Another round of upgrades started in early March 2019 and completed in March 2021 retrofit LADWP facilities with additional high-efficiency fixtures.

Dan Hounsell is senior editor of the facilities market. He has more than 25 years of experience writing about facilities maintenance, engineering and management.